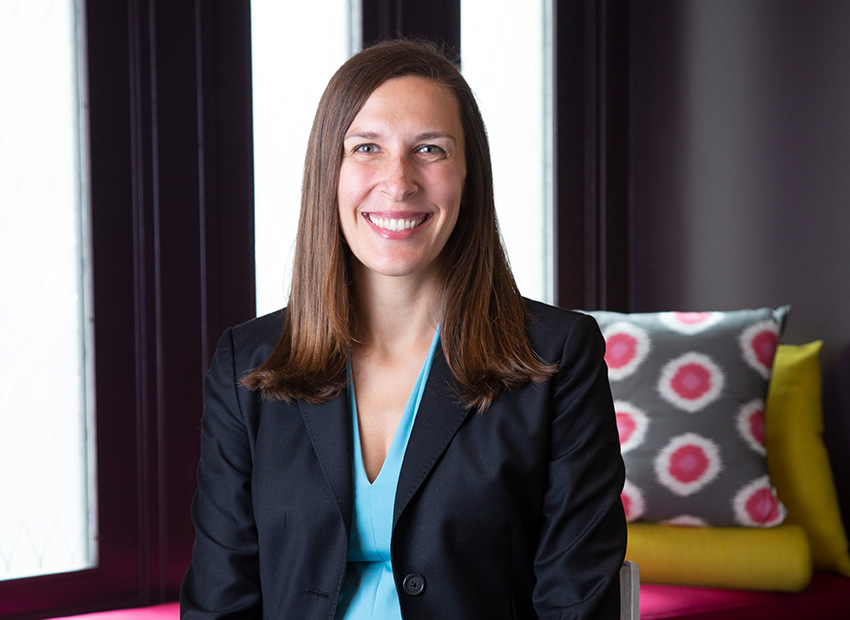 I began my undergraduate admissions career at Stanford University where I helped coordinate diversity events and outreach. This ignited a passion for higher education which led me to Columbia University where, after earning my masters, I began recruiting and reviewing the applications of students applying to Columbia College from all around the country including the northeast, mid-west, Texas and California. I also reviewed the applications of international students from countries across Asia as well as Canada and Mexico. During my time at Columbia, I was Director of Admissions at Columbia’s College of Physicians and Surgeons where I oversaw the entire medical school admissions process, including recruitment, application review, interview days, and admitted student events. From there I became the Director of Enrollment Management at the University of San Francisco where I oversaw a team that supported both undergraduate and graduate admissions. In that role I recruited in Southern California and reviewed applications from multiple domestic territories for the undergraduate admissions team. Most recently, I was the senior director at Stanford Medicine, where I again oversaw the entire medical school admissions process.

Get to Know Me 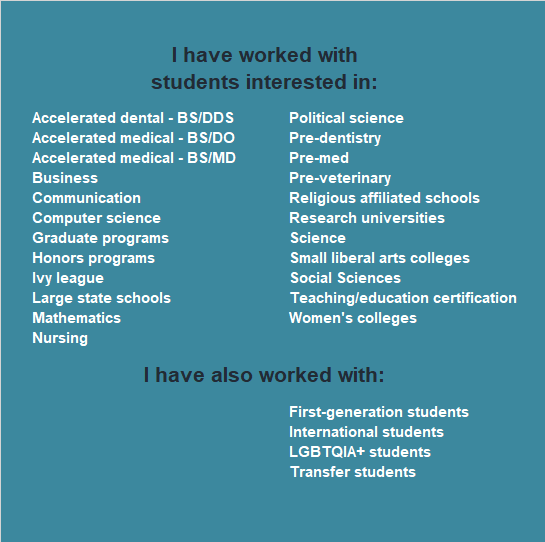 Throughout my time in admissions, the two aspects of my job that I enjoyed the most were talking to students about the college process and reading applications. I really loved meeting with students to provide information, not just about my school, but also about the college process in general. When reading applications I felt honored to get to know the student better and to discover the fit with my school. In joining College Coach, I get to bring those two things together in a meaningful way. The college process is such an exciting time to learn more about yourself and what you want for your future. You are also making one of the first big decisions of your life. I want to pass along my enthusiasm by empowering students to take control of the process and find the school that is their best fit.

Some of my Favorite Pastimes

Hiking with my husband and rescue dog, traveling, reading, photography, and baking